Instead of converting methanol to DME it could be much more attractive to use methanol as it is. The high pressure diesel concept relies on direct injection of methanol to the cylinder much like the ordinary diesel cycle.

In order to guarantee proper ignition a small burst on pilot diesel fuel is injected first. This first burst of pilot fuel ignites and raises the temperature in the cylinder before an injection of methanol follows. 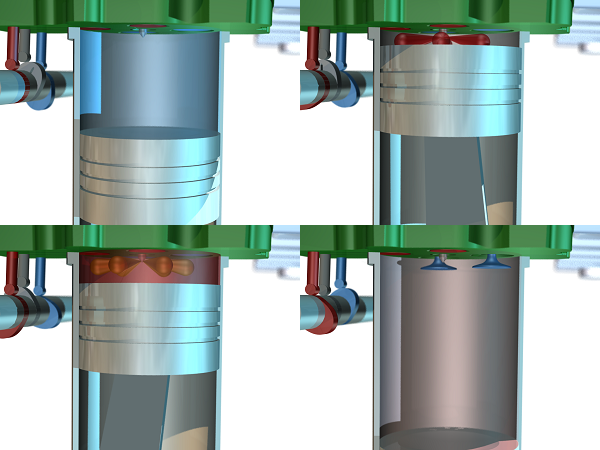 Emissions of particles is heavily reduced and limited to the pilot diesel. NOX emissions are expected to be low, in line with LNG operation. Formaldehyde forming is unlikely.

As methanol is injected to the ongoing combustion at TDC the cylinder liner and air channels are not exposed to methanol. Likewise blow-by gases should not contain methanol that could increase decomposition of lubricating oil in the crank case. Modifications to the engine should be limited to the fuel injection system with full flexibility to operate on conventional diesel fuel with no loss of performance.

The fuel injectors can be designed in different ways. Either by using separate injectors for methanol and diesel or by use of an injector type capable of distributing both types of fuel separate of each other in the same unit.

Figure 5: Principle of fuel injector capable of distributing two separate fuels individually. The model is based on a fuel injector from Westport.

The injection mechanism can be controlled in different way. Oil, solenoid or piezoelectric controller can all be found in commercial products.

An alternative to pilot fuel is to install a glow plug that initiates the combustion. Indications suggest that methanol has god surface ignition properties and that it could be a feasible alternative. Especially for applications where a separate pilot fuel systems is not practical and dual fuel operations is not an advantage or requirement.

The glow plug would also need to be suited for the high pressure and temperature environment in the cylinder but modern glow plugs should be able to withstand the demands with good enough reliability and lifetime. For good efficiency, the glow plug and fuel injector nozzle geometry is important to control in order to achieve short ignition delay.

During the right circumstances there might be enough heat in the cylinder to ignite methanol once the engine is heated. In that case the glow plug use might be limited to start-up and low load operation. 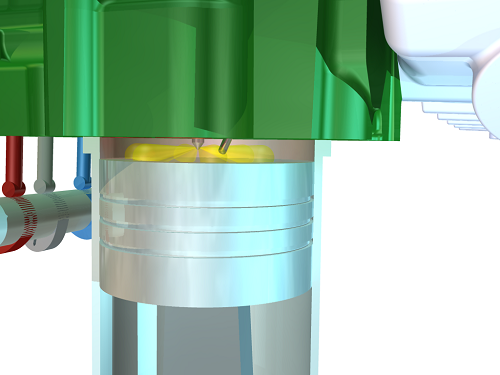 Figure 7: An example of a glow plug installation. The combustion is initiated by the hot surface of the glow plug.

The absence of pilot fuel diffusion might result in lower than Tier III NOX emissions despite compression ignition.