The direct injection Otto cycle concept relies on virtually the same hardware setup as the high pressure Diesel concept with the difference being the time of fuel injection. If methanol is injected to the cylinder during the early part of compression a premixed flame front could be achieved. The combustion is initiated by a burst of pilot diesel at TDC. NOx emissions are likely to be lower but emissions of formaldehyde, THC and CO is likely to be higher compared to diesel combustion.

Concerns related to all premixed combustion especially during high load and load transients are limitations due to knocking and pre-ignition which would necessitate lower compression ratio and thus a larger bore. Expensive modifications that would also result in lower efficiency when using only diesel fuel compared to an unmodified engine. 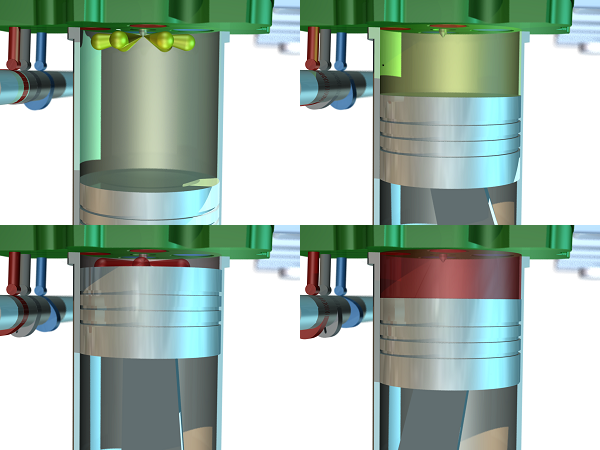 Material incompatibilities are also introduced as the cylinder liner is exposed to methanol as well as possible methanol content in the blow-by-gases. Concerns are also related to the limited time for the methanol to achieve a homogenous mixture with the air before combustion.